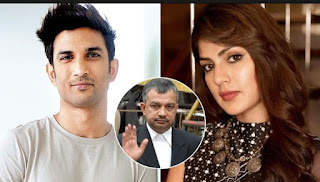 His comments given to media are violation of  Clause 36 under Section IV (‘Duty to Colleagues’) of the ‘Standards of Professional Conduct and Etiquette to be Observed by Advocates’ laid down by the Bar Council of India, by publishing tweet when her custody and bail applications are being heard by the Court and being argued by Mr. Maneshinde.

Recently Bench of Supreme Court  headed by Justice Arun Mishra in his sentencing judgment against Adv. Prashant Bhushan criticized such conduct pointing that the statutory rules prohibit advocates to cater to the press/media, distorted versions of the court proceedings as it is is sheer misconduct and contempt of court.

Now people  are expecting from  Bar Council of India to show same zeal for taking action against Mr. Maneshinde.

The President of National Co Ordination Committee of Indian Bar Association  Adv. Ishwarlal Agarwal said, "if Bar Council of India fails to take immediate action, then Indian Bar Association will file a  petition before Supreme Court against such selective approach of taking action against Prashant Bhushan and ignoring illegalities of others".

Rhea Chakraborty was arrested by the Narcotics Control Bureau (NCB) on 08.09.2020. It is probing a drug angle into the death of Sushant Singh Rajput. In relation to the said episode Rhea Chakraborty's lawyer Satish Maneshinde has published a tweet which reads thus; 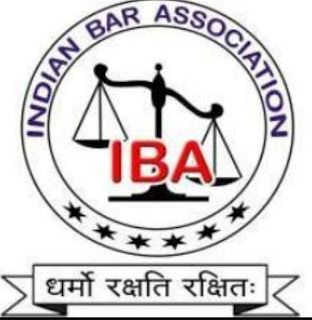 "Three central agencies hounding a single woman just because she was in love with a drug-addict who was suffering from mental health issues for several years and committed suicide due to consumption of illegally administered medicines, drugs (sic),  ”

Publishing  such tweets to create an impression in support or against is not permissible to a Lawyer. If a lawyer speaks about legal position of the case then it is ok. But giving comments like acting as a spokesperson of an accused whose case is sub judice is not permissible.

It is against Clause 36 under Section IV (‘Duty to Colleagues’) of the ‘Standards of Professional Conduct and Etiquette to be Observed by Advocates’ laid down by the Bar Council of India, which states that;

“ An Advocate shall not solicit work or advertise, either directly or indirectly, whether by circulars, advertisements, touts, personal communications, interview not warranted by personal relations, furnishing or inspiring newspaper comments or procuring his photograph to be published in connection with cases in which he has been engaged or concerned.”

Justice Arun Mishra on 25.08.2020 strongly condemned this act as under;

“If you are going to the press for everything… you are overidentifying with the cause” he said.”

In its judgment dated 31.08.2020 it was observed by the three-Judge Bench Of Supreme Court that it is a contempt.  It was observed as under;

…………. Unfortunately, some advocates feel that they are above the Bar Council due to its inaction and they are the only champion of the causes. The hunger for cheap publicity is increasing which is not permitted by the noble ideals cherished by the great doyens of the Bar, they have set by their conduct what should be in fact the professional etiquettes and ethics which are not capable of being defined in a narrow compass. The statutory rules prohibit advocates from advertising and in fact to cater to the press/media, distorted versions of the court proceedings is sheer misconduct and contempt of court which has become very common. It is making it more difficult to render justice in a fair, impartial and fearless manner though the situation is demoralising that something has to be done by all concerned to revamp the image of the Bar. It is not open to wash dirty linen in public and enter in accusation/debates, which tactics are being adopted by unscrupulous elements to influence the judgments and even to deny justice with ulterior motives. It is for the Bar Council and the senior members of the Bar who have never forgotten their responsibility to rise to the occasion to maintain the independence of the Bar which is so supreme and is absolutely necessary for the welfare of this country and the vibrant democracy.” 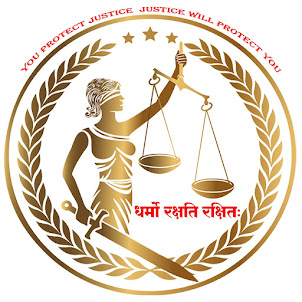